Everything You Need to Know About the 2019 Women's March 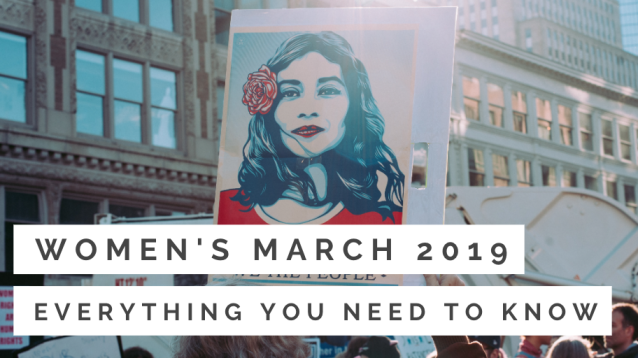 It's already been a year since my first Women's March in New York City. I still remember the thrill and passion felt being surrounded by such energy. All of 2018 was filled with ups and downs, from the Kavanaugh confirmation to historic numbers of women elected to political office. I've learned to embrace nuance and self-care with my activism for resistance resilience (say that 5 times fast!).

Last year, I wrote about everything you need to know from 2018's march. This year, I'll also provide some interesting conversation pieces about some of the news surrounding the co-founders and longevity of movements.

First, let's start with some facts.

Now for some of the controversy.

In 2018, the March co-organizers Tamika Mallory and Carmen Perez became clouded with anti-Semitism and potential financial concerns. It's caused a lot of us, myself included, wondering if I'll participate given what it means for what the lead organizers represent.

This is where I'm grateful for the feminist content I follow to help me process the nuance and complexity of these decisions. I learned that the history of movements are filled with problematic concerns and internal turmoil. When you organize groups that have been marginalized, everyone has been trained to ensure their interests are met as a form of self-preservation. This conflict doesn't just go away because of a larger mission against white male patriarchy. However, it does provide a common north star that allows us to unite for a greater purpose.

“March with one of them. But march.” -GLORIA STEINEM

The reality is, we are all problematic. This is not to excuse actions that go against one's morals and legal infrastructure. Rather, if you're wondering whether to march then remember what has made you angry for change. For me, I remember the feeling of "What's the point?" after the Brett Kavanaugh confirmation. I remember the feeling after I realized Donald Trump would be president. I remember the government is actively rolling back access to family planning resources.

Everything You Need to Know About the 2018 Women's March